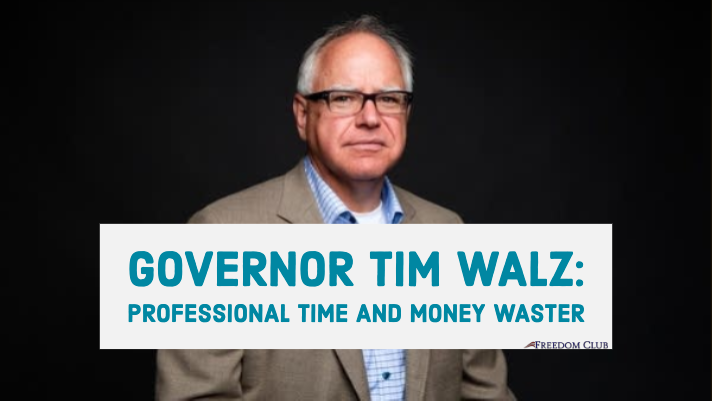 Minnesota needs a leader, someone who can fight for the citizens, and make our state a better place. This person is not Governor Tim Walz

As the DHS flails in chaos and corruption, Governor Tim Walz has decided to take on a new project to push Minnesota in line with the progressive battle cry of the leftist on the hill. Walz signed an executive order to form a Climate Change SubCabinet. This cabinet is set to take “bold action” and emphasize ulterior modes of transportation and promote switching to electric cars. This really is bold, he is calling for time and money to go towards climate change.

Our state is in chaos. The Department of Human Services has been caught up in scandals for months. With no direction nor help from Walz, they cannot recover.

Instead of helping his hurting state, Walz wants to push for climate change action.

Climate change should not be put ahead of the DHS. The DHS serves those who cannot help themselves. It is in place to help that hurting in Minnesota. Instead of tending to this department, the good they do, and the help they need, Walz would rather put more time and money into climate change. Governor Walz is willing to sacrifice Minnesota on the progressive altar of climate change, like all the other progressives in Washington. He is putting his party and progressive beliefs above his citizens.

This is absurd. How can we let Walz continually forget about his state?

Time and time again Governor Walz has proved himself unfit for his job, and unconcerned about Minnesota.

Help us continue to fight against corrupt Democrats by donating to the Freedom Club today!