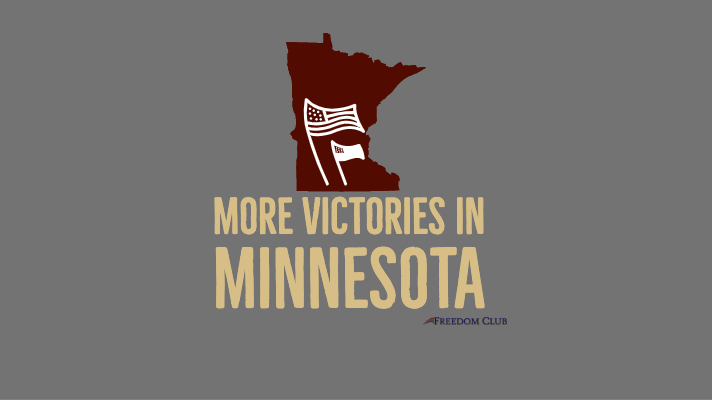 The fight for the Pledge of Allegiance in St. Louis Park has finally been won. This battle against the unpatriotic democratic agenda from the City Council did not go unnoticed by other Minnesota Politicians.

Patriots standing up for our Pledge grabbed the attention of Edina City Council. On July 16, 2019, they approved the action of adding the Pledge of Allegiance to their meetings. Previously they had not said it in their meetings, but in the wake of the fight for the Pledge with St. Louis Park, the city decided to take action.

Standing up as patriots during the St. Louis Park City Council debacle has proved not only effective but also impactful and important.

Now other Minnesota Politicians understand that we will not stand for such unpatriotism and that we are willing to fight for what is right.

It makes me wonder, what other changes can we advocate to encourage Politicians to take action and do right by America?

Tell other Minnesota Democrats to respect the Pledge of Allegiance by signing our Petition!

Help us continue to make great changes in Minnesota by donating to the Freedom Club today!